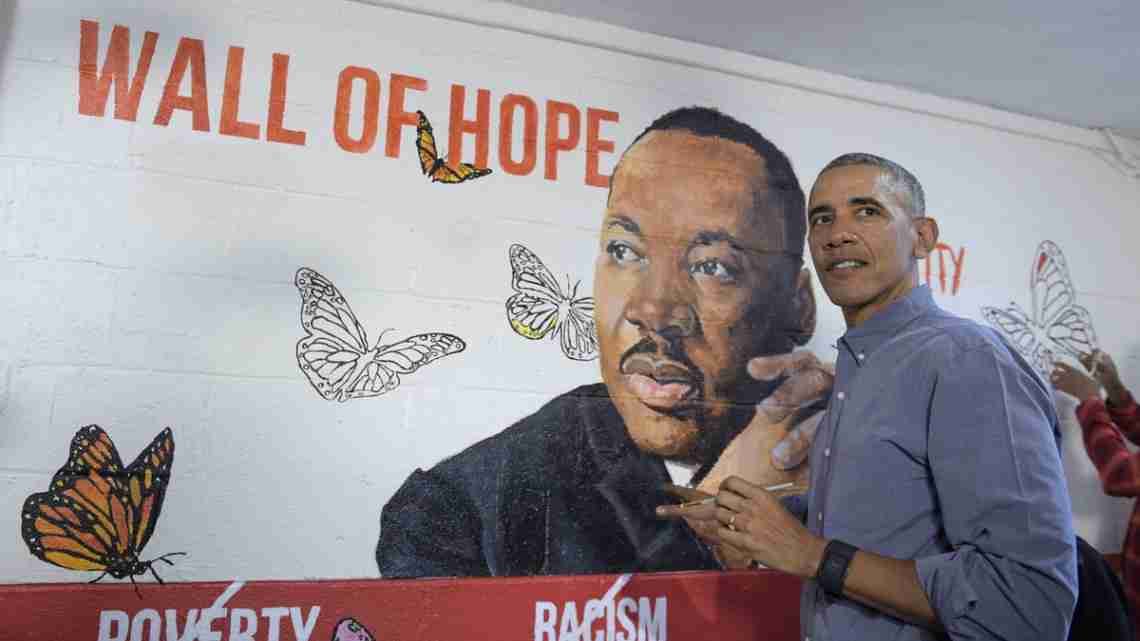 ATLANTA – As Americans celebrate the legacy of Martin Luther King Jr., civil rights leaders and activists are trying to reconcile the transition from the nation’s first black president to a president- elect still struggling to connect with most non- white voters.

In more than one venue Monday, speakers and attendees reservations about President-elect Donald Trump and his incoming administration, some even raising the specter of the Ku Klux Klan.

“When men no better than Klansmen dressed in suits are being sworn in to office, we cannot be silent,” said Opal Tometi, a Black Lives Matter co- founder, told a crowd in Brooklyn.

King’s daughter offered a less direct message, encouraging 2,000 people at her father’s Atlanta church to work for his vision of love and justice “no matter who is in the White House.”

Bernice King spoke at Ebenezer Baptist hours before her brother, Martin Luther King III, met privately with the president-elect at Trump Tower in New York. The younger King described the meeting as “productive.”

Trump won fewer than one out of 10 black voters in November after a campaign of racially charged rhetoric, and tensions have flared anew with his recent criticism of civil rights icon John Lewis, whom the president-elect called “all talk” and “no action.”

Bernice King avoided a detailed critique of Trump, but said the nation has a choice between “chaos and community,” a dichotomy her father preached about. “At the end of the day, the Donald Trumps come and go,” she said, later adding, ” We still have to find a way to create … the beloved community.”

The current Ebenezer pastor, the Rev. Raphael Warnock, did not call Trump by name, but praised his predecessor.” Thank you Barack Obama,” he said. “I’m sad to see you go.” akers at a state Capitol rally said minority voting power has never been more important and some attendees expressed unease about Trump joining forces with Republican congressional majorities. “It’s going to be different, that’s for sure,” said Diamond Moore, a Benedict College senior who came to the Capitol. “I’m going to give Trump a chance. But I’m also ready to march.”

In New York, Martin Luther King III told reporters that Trump pledged to be a president for all Americans, but King III added “we also have to consistently engage with pressure, public pressure” because “it doesn’t happen autmatically.”

Barack Obama and Michelle Obama took part in a service project at a shelter in Washington.

Back in Atlanta, Sen. Bernie Sanders brought the Ebenezer assembly to its feet with his reminder that King was not just an advocate for racial equality, but a radical proponent for economic justice -a mission that put him at odds with the political establishment.

“If you think governors and senators and mayors were standing up and saying what a great man Dr. King was, read history, because you are sorely mistaken,” roared Sanders, who invoked the same themes from his failed presidential campaign. Sanders, who struggled to attract black voters in his Democratic primary fight with Hillary Clinton, recalled King opposing the Vietnam War as exploiting the poor. He also noted King was assassinated in Memphis, Tennessee, where he’d gone to rally striking sanitation workers, white and black. Activist priest Michael Pfleger, himself a self-described radical, built on Sanders’ message with a 45-minute keynote message indicting the nation’s social and economic order, which “white hoods” of the Klan “have been replaced by three-piece suits.” He bemoaned high incarceration rates, a ” militarized, stop – and- frisk police state,” profligate spending on war and substandard education system.

Pfleger said many Americans too quickly dismiss violence in poor neighborhoods as the fault of those who live there, when the real culprit is a lack of opportunity and hope. “If you put two lions in a cage and you don’t feed them,” he said, “one will kill the other in the pursuit of survival.”

Warnock, meanwhile, zeroed in on Trump for his treatment of Lewis, now a Georgia congressman who represents most of Atlanta.

Lewis angered Trump when he told NBC’s “Meet the Press” that he views Trump as “illegitimate” because of alleged Russian interference in the campaign. Trump retorted on Twitter that Lewis is “all talk” and said his district is “falling apart” and “crime infested.”

As a young man, Lewis was arrested and beaten by authorities as he demonstrated for civil and voting rights for black Americans.

Lewis was in Miami at King Day events.

Some Republicans have defended Trump’s criticism of Lewis, arguing it is inappropriate for a congressman to question an incoming president’s legitimacy. Clara Smith, an Atlanta resident who came Monday to Ebenezer, scoffed at any GOP indignation, remembering that Trump for years questioned whether Obama was a “natural born citizen” as the Constitution requires.

“He carried on with that knowing full well what he was doing” to the first black president, Smith, 66, said.

Elsewhere, residents in Memphis are honoring King with neighborhood clean- up events and a daylong celebration at the National Civil Rights Museum.

Bicyclists in Detroit have marked the day by pedaling to sites connected to a historic visit King made to the city.