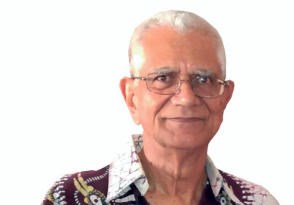 The 14th Amendment to the Constitution guarantees universal adult suffrage but it also allows disenfranchisement for committing a crime. Southern states seized on that loophole post-Reconstruction to round up African Americans, charge them with bogus crimes, inflict punishment by public whipping and take away their votes, as Pema Levy noted in Mother Jones.

“Freed from federal oversight after Reconstruction, most Southern states by the 1900s had rewritten their constitutions to deny Black people the vote through nominally race-blind provisions, including expanded criminal disenfranchisement,” Levy reported. “These measures, alongside poll taxes, literacy tests, grandfather clauses, fraud, registration restrictions, and vigilante violence, were part of the toolkit used by white supremacists to maintain a system of racial subordination.”

Such disenfranchisement was not just a Southern strategy, Levy said, because it eventually became law in more than 80 percent of states. But “the South became its epicenter after Reconstruction, continuing into the age of mass incarceration.”

It was not until the 1960s that African Americans’ right to vote was entrenched in law under the Voting Rights Act of 1965. But the Supreme Court ruled in 1974 that the “or other crime” constitutional provision empowered states to disenfranchise ex-offenders permanently.

Thirty-nine years later, the court invalidated a provision in the Voting Rights Act requiring nine states to obtain federal pre-clearance for any proposed electoral changes. They had been deemed to have a history of racially biased voter discrimination but were now free to discriminate.

Several states, both Democrats and Republicans, quickly started drawing up partisan voting boundaries, except that Republicans have been doing so to adversely impact African Americans. The Supreme Court declined in 2019 to intervene.

The districts are redrawn after the Census every 10 years and, with the 2020 counting almost over, states will establish new boundaries for the 2022 mid-term election. This is very significant because of yet another Supreme Court ruling, in 2010, banning limits on corporate (and unions) campaign donations, making corporations citizens.

Currently, 43 states are considering at least 250 voting bills, with those in the South intended to maximize voter suppression, the Brennan Center for Justice reported, although voting fraud was, as usual, just nominal when some 155 million Americans voted in November. In Republican states, the bills “are likely to disproportionately affect those in cities and Black voters, in particular, who overwhelmingly vote Democratic,” The Washington Post reported.

Florida, notorious for voter suppression and disenfranchisement, is among those states and is planning action affecting applications for mail-in ballots and for counting them, The Miami Herald reported. “We want everyone to vote but we don’t want anyone to cheat,” Gov. Ron DeSantis claimed – after boasting, following the 2020 election, “We did it right.”

Democrats have responded with the For The People Act, which the House approved on March 3. Senate passage will need the support of at least 10 Republicans to stop a filibuster. The $1.9 trillion American Rescue Plan was passed through a parliamentary procedure known as reconciliation because it is a budgetary measure, which the election reform bill is not.

Obamacare barely passed but other Obama initiatives faced such strong opposition that they were almost unrecognizably diluted. Now, as then, the wealthiest Americans will spare no expenses to stymie Biden, who was Obama’s vice president. They will not yield in their single-minded obsession: safeguarding and expanding their fortunes. Indeed, so greedy are the monied class that, as Mayer pointed out, an heiress to a fashion fortune tried to claim her ex-husband as a dependent to reduce her taxes. A judge informed her that she could not claim her former husband as her son.

None of the new president’s initiatives is as important as the For The People Act because, without electoral reform, systemic inequality cannot be addressed meaningfully. The Democrats can avoid Republican intransigence by scrapping the filibuster using Vice President Kamala Harris for a 51-vote simple majority. But Biden and a few senators are still hesitant.

Bipartisanship will not come and, if the filibuster remains intact, Biden will have to mark time until the midterms in 2022, hoping that he can win a Senate super-majority – which will not happen. The reconciliation option can be used only once more this year, probably for a reported $2 trillion infrastructure program, which will be budget-oriented – if Democrats remain united.

The president must read “Dark Money,” if he has not already done so, as should senior aides and party operatives. It is a sure guide to what is ahead for them.

Next post The paradox of White supremacy: Malcolm vs. existential dilemma