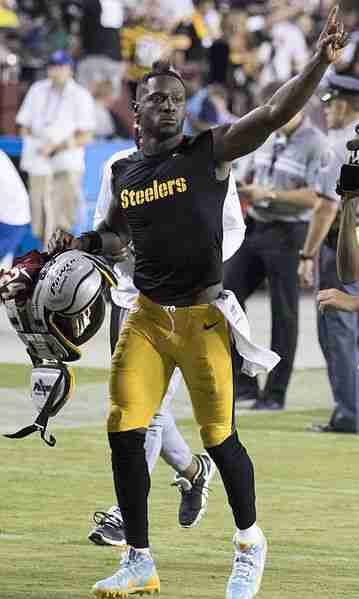 KANSAS CITY, Mo. (AP) – So much for Antonio Brown and the Pittsburgh Steelers keeping a low profile.

The star wide receiver filmed the postgame scene in the Steelers’ locker room on Facebook Live after an 18-16 win at Kansas City on Sunday, a video that lasted more than 17 minutes and had over 900,000 views just a few hours after it aired.

Brown talks to fans in the video, thanking them for their support while joking around with teammates, many of whom are changing out of their uniforms. The Steelers then have a team prayer, followed by coach Mike Tomlin addressing his players.

Tomlin isn’t seen in the video, but can be heard telling the Steelers that they need to start preparing for the New England Patriots and next Sunday’s matchup in the AFC championship game. He uses some expletives, including using a vulgar term to describe the Patriots.

Tomlin also tells his team to “keep a low profile.” Another member of the team is heard saying, “Keep cool on social media. This is about us, nobody else.”

All while Brown kept rolling for hundreds of thousands to see.

NFL teams are often very protective of what goes on in their locker rooms, so it’s surprising Brown chose to go live – and for that long.

About halfway into the video, the media arrives in the locker room for interviews. Brown continues to film, with a few teammates making cameos before he signs off.

Previous post Could treated sewage be a tool against sea-level rise?