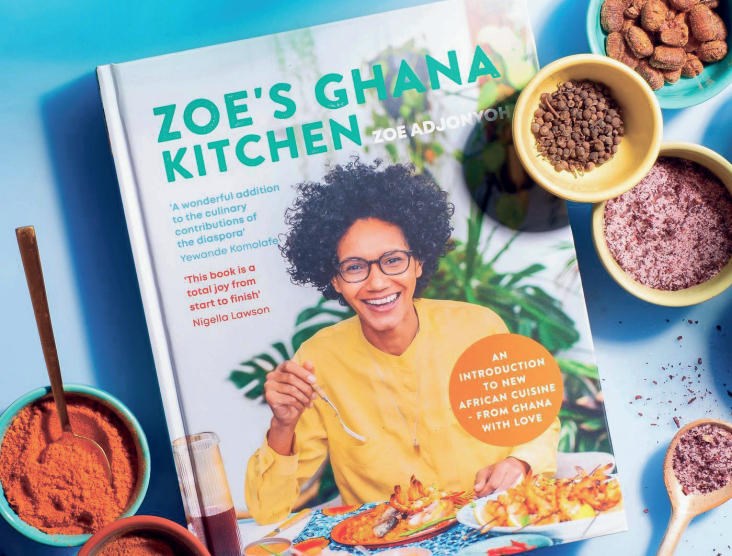 A resurgence in the celebration of the of soul food cooking is taking place in various culinary corners across the U.S. and Europe. This resurgence is exciting because the history or roots of what is stylized as soul food can really be classiﬁed as the heart of African culinary arts.

Gastronomical experts and foodies alike gave African American cuisine its props in the Netflix series “High on The Hog” earlier this year. “High On The Hog” digniﬁed what many have termed as soul food, but put a more foundational spin on what soul food means.

For years soul food has been demonized as the villain in the health of African Americans. According to healthcare professionals and nutritionists, it is unhealthy and a major contributing factor of heart disease, diabetes, obesity and a host of other maladies. Soul Food has seen its share of critics even within the African American community who thumb their noses at the legacy of “slave food.”

However, what “High on The Hog” accomplished that no other food documentary has is capture the true essence and the historical signiﬁcance the role Africa plays in African American cuisine.

Based on the James Beard Lifetime Achievement award winner and culinary scholar Jessica B. Harris’ book “High on The Hog: Journey from Africa to America,” the connection between what is known as soul food in the states to classic African cuisine from Ghana, Senegal, Nigeria and other coastal Africa countries showcased the powerful thread that ties both together.

British culinary artist Zoe Adjonyoh, with the release of her book, “Zoe’s Ghana Kitchen: An Introduction to New African Cuisine – From Ghana with Love,” continues in the tradition of Jessica B. Harris by diving into the roots of Ghanaian cooking, this time spinning the recipes into the 21st century with a unique flare.

“Zoe’s Ghana Kitchen” is for all those foodies who fell in love with the tastes of Ghana during the 2019 Return that saw more than a million visitors from the African diaspora converge on the mother continent to solemnly commemorate the kidnapping of the ﬁrst Africans in ships that sailed from the Ivory Coast to the shores of the Americas 400 years ago.

What the book does is present to the home cook a way to bring the sights and smells of Ghana into their kitchen with just a little effort.

Ghanaian cuisine can be daunting if one is not educated on the various spices and ingredients that make up a traditional Ghana meal. Adjonyoh takes the mystery out of creating some of the most mouth-watering dishes this side of the Atlantic.

Calling it the New African Cuisine, Adjonyoh takes the inquisitive reader on a brief but complete rundown of the regional foods of Ghana.

For example, the Ashanti region’s predominately culinary staple is fufu, which is pounded steamed root vegetables such as green plantain or cassava. In the Volta Region Banku with Okra Stew or pepper is a favorite.

Every flavor that the Ghanian palate uses to make the tastiest dishes is solidly covered by Adjonyoh. After a thorough education on the Ghanaian pantry along the proteins, vegetables and starches that are used such as yams, millet, beans, ﬁsh (fresh, smoked

or dried), peas, okra and taro leaves, she gets into the recipes.

From delicious light salads, such as the fresh Avocado, Papaya & Ginger Salad, to Aboboi (Bambara Bean Stew), Nkrakra (Light Soup with Chicken) and Simple Beef Stew, Zoe’s Ghana Kitchen takes the home cook on a journey that makes what seems to be a complicated hour or so in the kitchen to the most delicious and simplistic meal that taste like it could have taken hours to prepare.

The savory dish that got Adjonyoh noticed in the UK was Nkatsenkwan, or Peanut Butter/Peanut Stew with Lamb. This special recipe is a familiar one in Ghana homes and is eaten with the traditional fufu. It was Adjonyoh’s Peanut Stew with Lamb that made her pop-up restaurant famous and renewed interest in African cuisine in general.

To raise money for grad school, Adjonyoh set up a stall near an art festival in 2010 featuring the stew and which became a successful venture. Soon she was part of a small enclave of African chefs making waves on the streets of London.

Born to an Irish mother and Ghanaian father, Adjonyoh was keenly interested in her Ghana roots. Frequent trips to Ghana forged an intrinsic bond and love for the country of her father’s heritage and the wonderful tastes and smells of the food had a lot to do with her appreciation of Africa.

“Zoe’s Ghana Kitchen” is more than just a cookbook. It is an introduction on how to bring Ghana into the home cook’s kitchen. The correlation between the common ingredients found in African American kitchens such as blackeye peas, rice, yams, sweet potatoes, ﬁsh, stewed chicken, and greens are mirrored in Ghanaian cuisine.

Soul Food is really food that’s good for the soul. And nothing can be better for the soul than a celebration of its root.

Zoe’s Ghana Kitchen celebrates those roots and gifts the diaspora with tantalizing recipes that makes the soul – and palate – dance.