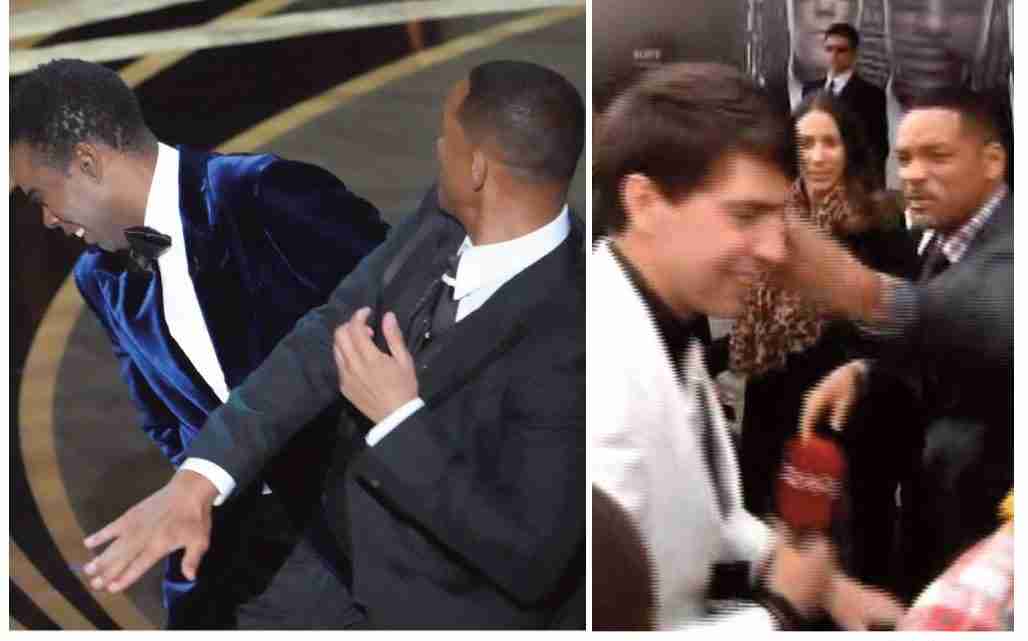 Janet Jackson and Justin Timberlake were reaching the end of their “Rock Your Body” duet at the 2004 Super Bowl halftime show when he yanked off her bustier, briefly revealing a bare breast with a sunburst nipple protector. The sheer scale of the event, with some 90 million people watching, made it a huge moment. Broadcaster CBS insisted it was as surprised as viewers at home, and it’s still murky today whose idea it was. The phrases “wardrobe malfunction” and “nipplegate” joined the lexicon in its wake, a crackdown on television “indecency” was launched, and Jackson’s career never fully recovered.

A 19-year-old Taylor Swift was thrilled to accept a “moon man” trophy at the 2009 MTV Video Music Awards when Kanye West stepped on her celebration Appearing on the Radio City Music Hall stage, he took the microphone and said that while he was happy for Swift, “Beyonce had one of the best videos of all time.” He shrugged and handed the mic back to a clearly crestfallen Swift, left to stand alone as the crowd shrieked in shock. Bad blood between the music megastars lingered.

When Warren Beatty opened the envelope supposedly containing the name of the best picture winner at the 2017 Oscars, he looked briefly confused before showing it to co-presenter Faye Dunaway, who anointed “La La Land” with the Oscar. Beatty’s face was the hint something had gone awry: He’d been given the wrong envelope. After nearly two minutes of the wrong cast and producers celebrating onstage, the record was corrected. “Moonlight” had won. The accountants on duty that night lost – they were reassigned.

During rehearsals for her 1992 “Saturday Night Live” performance of the Bob Marley song, “War,” singer Sinead O’Connor had held up a picture of a child killed by police. But during the live show, she held a picture of Pope John Paul II that had hung on her mother’s wall, and ripped it, to protest sexual abuse by priests. Condemnation was swift; even Frank Sinatra called her “one stupid broad.” Looking back years later, O’Connor wrote in a memoir, “I feel like having a No. 1 record derailed my career, and my tearing the photo put me back on the right track.”

Bob Dylan was in the midst of a career renaissance, invited to perform his song “Love Sick” at the Grammy Awards in 1998. As he sang, a shirtless man with the words “soy bomb” written on his torso appeared behind in a strangely contorting dance before being hustled off by security. Performance artist Michael Portnoy had been hired to stand in the background but, as he explained to the Hollywood Reporter later, “it was such a perfect format to do something inscrutable.”

It was the climactic moment of the 2015 Miss Universe awards, and host Steve Harvey dramatically announced the winner, Miss Colombia. She stood on the stage for a few minutes and basked in the applause, waving the Colombian flag and blowing kisses. The crown was placed atop her head. Then Harvey sheepishly approached. “I have to apologize,” he said. She was actually the ﬁrst runner-up. Miss Philippines was the winner. Harvey owned up to the mistake, which made for excruciating television.

Streaking, or running naked in a public place, was a thing in 1974. Ray Stevens even had a hit song about it. So it couldn’t have come as a complete surprise when a Los Angeles teacher, Robert Opel, stripped and rain onstage at that year’s Oscars ceremony as actor David Niven talked. Opel had supposedly posed as a journalist to get in. There’s been some suspicion that it was staged: Opel, who was murdered in a robbery attempt in 1979, appeared backstage later to talk about his stunt. Either way, Niven reacted with poise in quipping: “Isn’t it fascinating to think that probably the only laugh that man will ever get in his life is by stripping off and showing his shortcomings?”