The #metoo movement is a sham that has gone too far 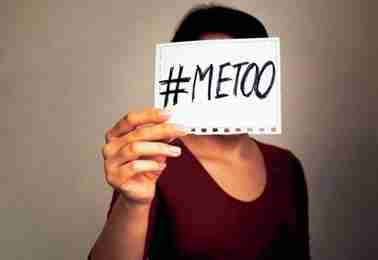 This nation has never experienced the anger and hysteria that gripped us during the Senate hearing of Judge Brett Kavanaugh. The Democrats went for mob rule and their scorched earth tactics almost cost a good man and an extremely qualified judge a seat on the U.S. Supreme Court.

They started out by having activists/anarchists interrupt the hearing every few minutes. Then they moved to occupying the halls of the Senate and in front of individual senator’s offices. They had absolutely no respect for any of the Republican Senators.

One group of women with TV cameras in tow cornered Republican Senator Jeff Flake from Arizona in the elevator as one of the young women screamed at him “Look at me when I’m talking to you.” It was as if she thought she was chastising one of her children when they had done something wrong.

I have never seen such blatant disrespect for an elected official and that was just from the protesters. The Democratic Senators were even worse as they berated Judge Kavanaugh during the hearings and during their commentary to the media.

USA Today even implied Judge Kavanaugh was a pedophile. Democrats wanted and got a seventh FBI investigation and when it revealed no corroborating evidence that a 17year old Kavanaugh had attempted to rape and possibly kill 15-year old Christine Ford over 36 years ago, Democrats called the investigation a sham.

But thank God, the final vote was to confirm him, even though it was the closest confirmation vote in modern history.

But all that selective moral outrage isn’t over. Democrat activist groups are planning further action, like impeachment. Just as they refuse to accept that Donald Trump won the 2016 election fair and square, they refuse to accept that Judge Kavanaugh is not a sexual predator and has been sworn in to sit on the Supreme Court, no matter how loud and long they screamed.

Planned Parenthood, the group that brags about murdering almost 1,000 unborn babies a day, has threatened to go after all the Republican Senators who voted for Judge Kavanaugh. They spent well over a million dollars to defeat his nomination.

Where was all this moral outrage when Bill Clinton was accused of rape by Juanita Broaddrick in 1999? None of the Democratic Senators who now say Dr. Christine Blasey Ford MUST be believed said a word.

Hillary, who now claims to be the champion of abused woman against accused men, did her best to discredit every woman who accused Bill Clinton of sexual misconduct, even as he sat in the Oval Office.

Funny how the NY Times article headlined by the question “Do We Believe Women?

Nation Takes Fresh Look At Sexual Harassment” only mentioned Republican men accused, not any Democrats. What about Keith Ellison, Democratic Representative from Minnesota?

The first African American and first Muslim to run for attorney general was accused by a former girlfriend of domestic violence and sexual harassment, but nobody seems to care – not Democrats and certainly not the media.

Which brings me to Bill Cosby. Why is he in jail and Harvey Weinstein is still walking around a free man when everyone in Hollywood claims to have known about him and his sexual harassment of women?

Why was Cosby, an 81-year old, legally blind man found guilty of drugging and then sexually assaulting Andrea Constand in 2004 when he was almost 70 years old?

He supposedly gave her a Quaalude and then took advantage of her and numerous other women, including former model Janice Dickinson, who accused him of raping her.

But why would Cosby have to drug and rape women, when they eagerly clamored to be in his presence? Why did Andrea Constand tell her friend that in this age of the #MeToo movement she had never been assaulted, but she knew how to get money from a famous man?

Did anyone really look at her? Tell me why she couldn’t overpower Cosby if she didn’t want to have sex in the first place? When I first heard about Quaaludes “Ludes,” it was the drug of choice for most white women when they wanted sex, especially with famous entertainers, movie stars and sports super stars. Now they scream rape? And the jury believed them? Unreal.

This #MeToo movement will continue to bring men down with little or no evidence until somebody says, “Enough is Enough”!

I have long been a proponent of women. Beginning with the late ‘70s. I sat on the first Rape Awareness Task Force, the first Domestic Violence Task Force, even helping to create the first Women’s Shelter. My third book of poetry is entitled “Love Never Equals Pain.”

But what I have seen over these past few weeks by a group of bullies makes me feel very afraid for our men, especially those who have or will attain some prominence. I’m just waiting for the day they begin to go after the ball players.