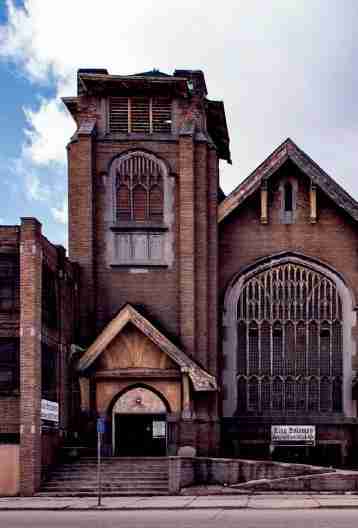 Detroit (AP) – History buffs can roll around sites in Detroit as part of an interactive civil rights bike tour.

The Michigan State Historic Preservation Ofﬁce is launching the tour which can be navigated from a smartphone or tablet.

The recommended route begins and ends at the Charles H. Wright Museum of African American History. The entire loop has 20 stops and is about 17 miles long.

King Solomon Baptist Church is one of the stopping points which were chosen by a 14-person board that looked at sites in a concentrated area of the city that was conducive to a bike tour.

Most of the sites were associated with the period of the 1950-1970s and the growth of the Black Power movement.

“The places associated with the struggle for African American civil rights in the city of Detroit represent a particularly fragile class of resource,” said Martha MacFarlane-Faes, deputy state historic preservation ofﬁcer. “It is vital that we preserve the cultural legacy and story of these important buildings and sites.”

The tour is part of a larger project to identify and document sites in Detroit relating to the 20th Century African American civil rights movement.

Michigan’s State Historic Preservation Ofﬁce focuses on the historic preservation of culturally or archaeologically signiﬁcant sites throughout the state.