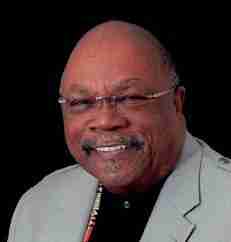 America, we have a problem. I say "we" because I live here, too. It is rooted in what W.E.B. DuBois declared in 1903, “the problem of the 20th century is the problem of the color line.” The murder of George Floyd on the streets of Minnesota in 2020, is still the problem of the color line. Every citizen has a stake in this reality. White men and women in particular because you are the beneﬁciaries of a privilege that black folks do not have. You get to go home and live your life every day. Blacks are forced to go to the grave when others have taken their life. The evidence is clear that color does matter. It is revealed in the very DNA of American society. It matters in the way justice is administered, health care is provided and equity of opportunity is divided. African Americans are victims of a pandemic within a pandemic. The viral disease of COVID-19 has taken the lives of over 100,000 Americans. The world continues to search for a vaccine to flatten the line and inject into the body a cure to check the disease. A disproportionate share of these deaths are of course African Americans. In the midst of this mayhem, the deadly disease of racism and white supremacy has taken its regular toll on African American men. Are we really the strange fruit that Billie Holiday sang about?

“Here is a fruit for the crows to pluck, For the rains to gather, For the winds to suck, For the sun to rot, For the tree to drop, Here is a strange and bitter crop.”

Her song depicted the indiscriminate lynching of black men throughout the south. Blacks were lynched for looking at a white woman, not moving off the sidewalks for white folks, talking back, being uppity or not speaking at all. Whiteness has now been elevated to a weapon and blackness has clearly been relegated to a crime. Today, it is not being hung on a tree, but the noose is still hanging loose.

Michael Brown lay on a hot Ferguson street four hours in August of 2014. His body was virtually rotting in the sun. Ahmaud Arbery was shot while jogging on a Georgia street. Breonna Taylor was shot while asleep in her own home in a Louisville neighborhood.

Chris Cooper was birdwatching in Central Park in New York. A white woman Amy Cooper (no relation) called the police. She accused him of threatening her life. He simply asked her to follow the law and put her dog on a leash. He is blessed to be alive. Minnesota burns because of the reckless, unnecessary death of George Floyd. He was not hung from a tree. He was lynched by a knee. Derek Chauvin pinned his knee on the neck of Mr. Floyd, while the other ofﬁcers held him down. Chauvin had eighteen complaints ﬁled against him in his 19-year career as a police ofﬁcer. Tou Thao, another ofﬁcer who turned his back while George Floyd lay dying, has also been the recipient of six complaints.

CNN correspondent Omar Jimenez, who is black and Latino, after presenting his credentials, was arrested while reporting on the activity in Minnesota. His white counterpart, CNN’s Josh Campbell, in the same area, was approached by the police but allowed to continue his reporting.

The U.S. Justice Department in a 2015 report about policing in Minneapolis, called for the department to weed out bad cops. They failed to act. In 2016, the department had a new focus “The Sanctity of Life.” The new rules required ofﬁcers to intervene when a fellow cop became abusive. They failed to act. A knee pinning down the neck of a suspect for eight minutes, causing his death, is not police policy anywhere in the nation. America has continuously failed to act. The Kerner Report of 1967 left both a warning and a message, highlighted by the Rev. Dr. Martin Luther King, Jr. He called it “a physicians warning of approaching death with a prescription for life.” America has failed to act. President Barack Obama’s Task Force on 21st Century Policing issued in 2015 gave the nation six pillars on which to reform police departments nationwide:

America as a nation still has failed to act. As a civil rights leader, I do not condone violence or the taking of life by anyone. Neither do most of the protesters in Minnesota. Keep the focus where it belongs, on the death of another black man. We must ﬁnd a better way. The question still to be asked is when will the nation commit its unlimited resources to ﬁnding a vaccine to flatten the line on racism and white supremacy?

We need to inject a cure into the body to check this terminal disease. Certainly, a good place to start would be to bring to justice all those ofﬁcers involved in the death of George Floyd. A good start would be to implement policies and procedures that we know will work. A good place to start is not only to provide equity in the application of justice in law enforcement, but also equity of opportunity in every institution of America. Let’s start right now.

The Rev. Wendell Anthony is president of the Detroit Branch of the NAACP.